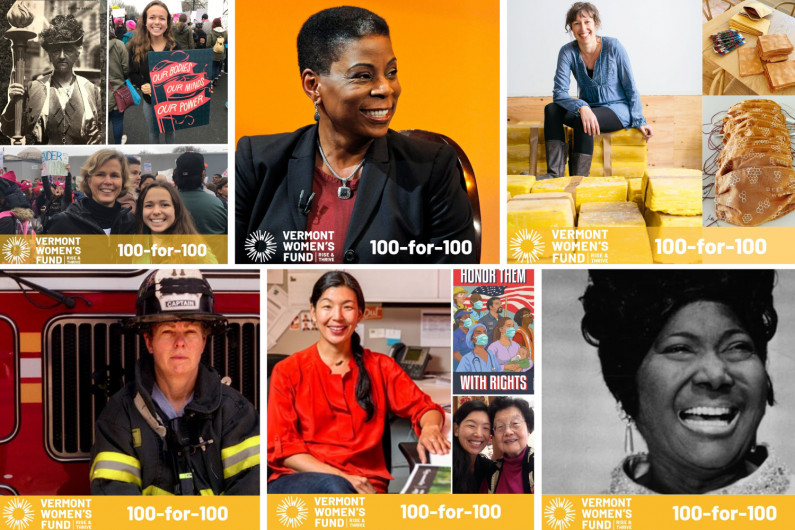 The Vermont Women’s Fund, the state’s largest and first philanthropic resource dedicated to women and girls, recently announced the launch of its 100-for-100 Campaign, an initiative to celebrate the 100th anniversary of women’s voting rights and finance a special round of grantmaking this fall.

Nearly one hundred years ago to the day, the 19th Amendment of the Constitution was officially ratified thus guaranteeing American women the right to vote. Despite the landmark legislation, this privilege was not extended to women of color until 1965, and there are constant reminders of the discrimination women continue to face daily—in the workplace, in entrepreneurship, or as demonstrated by the disproportionate impacts of the pandemic on women and children.

“We created the 100-for-100 Campaign to recognize the women in our past who spoke out to demand voting rights—and for today’s women who have had their lives upended by the pandemic,” says Meg Smith, director of the Vermont Women’s Fund. “Inadequate childcare and school closings have forced women to decide between working and providing for their families. They need our help this year more than ever.”

The 100-for-100 Campaign will support a unique grant round aimed at aiding Vermont nonprofits that serve women and girls put at risk by eviction, lack of childcare, healthcare costs, food insecurity, and other challenges associated with the pandemic. It builds on the $292,000 that the Vermont Women’s Fund granted in April to 24 nonprofits across the state to address impacts related to COVID-19.

Smith adds, “We are looking ahead and seeing danger signs for women in the upcoming months, which will put even greater pressure on the organizations that serve them. The Women’s Fund is here to provide whatever support we can.”

In addition to a suggested donation of $100, the Vermont Women’s Fund is collecting photos and stories of the women who inspire each contribution to share on social media. The campaign is scheduled to run until November 4th.

To learn more about the 100-for-100 Campaign, including how to donate, visit vermontcf.org/VWFGive.