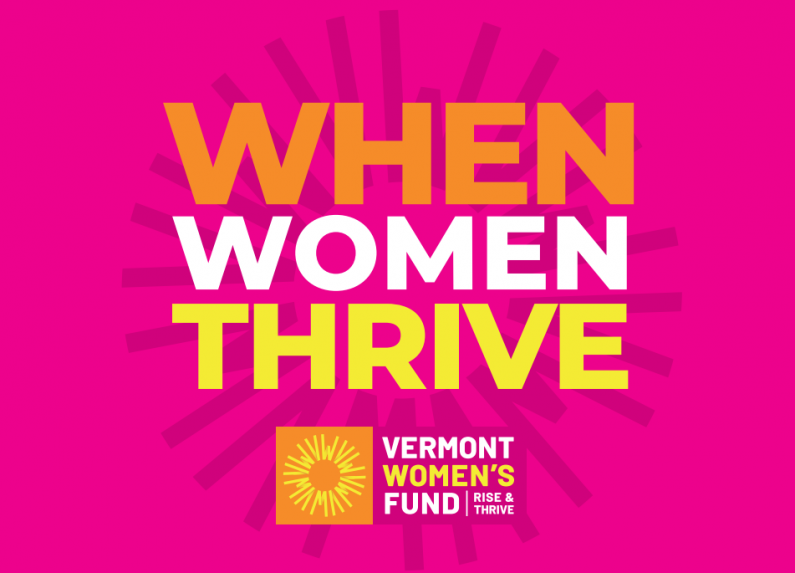 Today, the Vermont Women’s Fund, a component fund of the Vermont Community Foundation, announced its 2022 endowment campaign, When Women Thrive—an ask to the public to help the Fund reach the $3 million mark, which would double its endowment to $6 million by the end of 2022.

“When the pandemic struck two months after our committee’s formation, we felt a lot of trepidation, to say the least,” says Meg Smith, director of the Vermont Women’s Fund. “But it was quickly evident that women’s economic livelihoods were at stake—as they continue to be—and the Women’s Fund needed to increase its resources to respond to this crisis. It turned out our timing couldn’t have been better as we close in on our $3 million goal.”

The Vermont Women’s Fund gives financial grants to Vermont nonprofits that support the economic interests and well-being of women and girls. The Women’s Fund’s mission remains steadfastly gender-focused and is inclusive of cis and trans women and girls, BIPOC, and non-binary people affected by gender oppression. To date, the Women’s Fund has distributed over $3 million dollars in grants to organizations across the state.

“Our financial power has never been more important, and this campaign has already proven that Vermonters understand the importance of women’s economic security,” adds Smith. “We want everyone who supports women to give to this campaign, no matter what amount.”

To learn more about the Vermont Women’s Fund and to give to the When Women Thrive campaign, go to vermontwomensfund.org.